Jonny Smith of the YouTube channel Fully Charged came to the Garden of the Gods visitor's center on Friday, June 22 and taped a show (will be edited and published later). The subject of the show was the Tesla Model 3, which Jonny Smith had never seen before. Their show originates in Great Britain and it's going to be some time before any RHD copies of a Model 3 get made. Several CSEVC members were interviewed, as were Denver Tesla Club members. I am a subscriber and Patreon member of the channel (that means I contribute monthly) and get great EV information from it - consider liking, subscribing and donating! 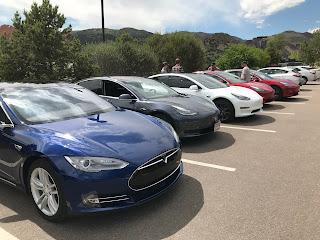 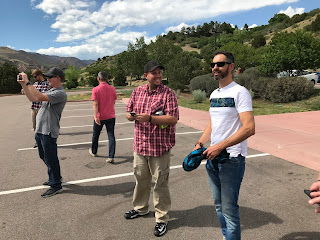 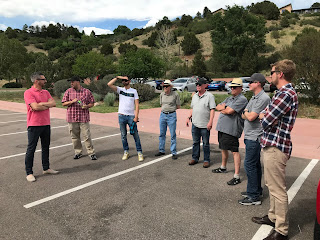 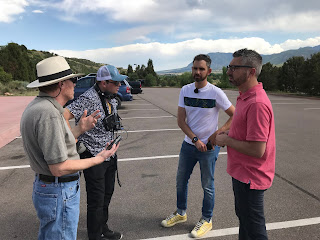 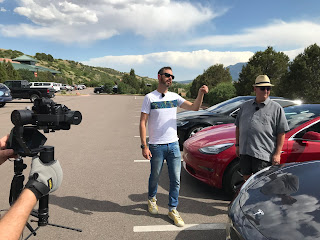 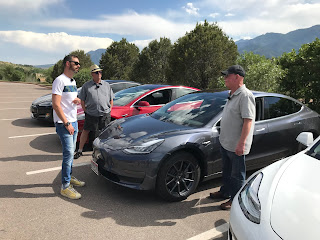 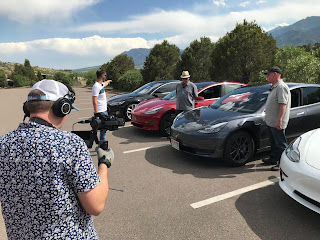 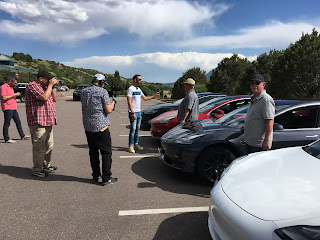 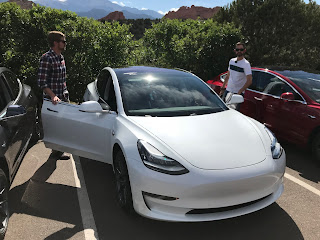 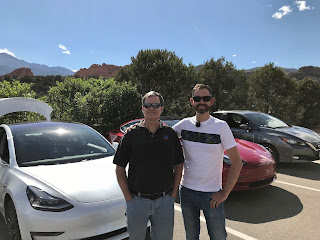 Posted by Colorado Springs Electric Vehicle Club at 7:59 AM