So I made a spontaneous decision to drive to Goodland, KS this past Saturday and had several surprises. It was a Tesla Supercharger trip all the way (meaning the destination had SCs on the road and at the destination). One of the interesting things was the effect headwind had on my range. There are strong enough winds along the I-70 corridor that there are hundreds of windmills north of the highway. Even from living in California, I've never seen so many. The effect on my car was startling - the drive back from Kansas was apparently into a 25 mph headwind, giving me 35% - 45% range overhead. This is more than I've experienced in single-digit temperatures with no wind.

Getting to I-70 from Colorado Springs using Hwy. 24 had no unexpected overhead. In fact, I went below expected Wh/m near Limon - I actually used less energy than expected. Once I got on I-70, however, I immediately got hit with 30% - 40% overhead headed to Kansas.

Goodland is a small town not too far over the Kansas border, easily reachable (at least heading there) in one charge of my Tesla. Coming back the headwind was so great that I stopped in Limon, CO for just 15 minutes for a quick charge. I needn't have done so, due to the lack of wind after getting off I-70, but while on I-70 the destination cushion went to zero. I could've made it (had I known) with 10% range cushion but I decided to stop and charge anyway.

The world's largest Van Gogh painting (a replica) is in Goodland, KS, as well as the USA's first patented helicopter. The helicopter didn't work but it had the first patent. 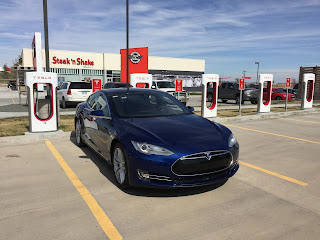 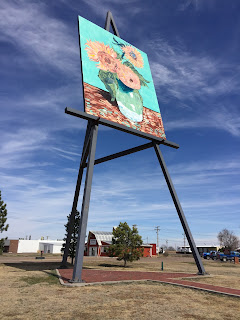 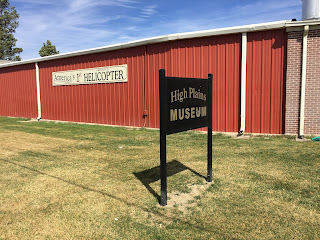 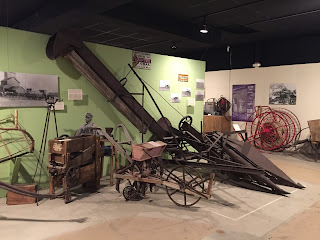 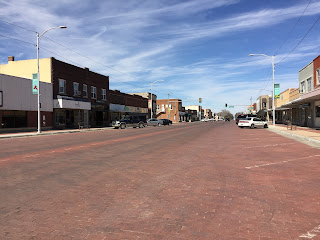 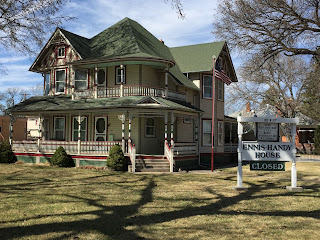 Posted by Wilson Hitchings at 2:18 PM